At first, I thought the small lump in my neck was a result of my lymph glands swelling up from a minor infection. After it remained for several weeks my GP recommended a visit to my specialist.

I had a bit of a history over twenty years before with 'lumps and bumps' that weren't malignant. However, the tests I had in November 2000 showed otherwise. Once again I had to start dealing with the whole thing. Why me? Will I live? What of my family? How do I tell my mum? How do I just explain to people I have cancer? What do I do? What type of treatment should I have? Maybe they're wrong!!?? Yes, I should get a second opinion. I'll take better care of myself...

I initially felt overwhelmed by the amount of information and number of decisions I needed to make. After diagnosis, I started to learn new vocabulary including Non-Hodgkin's Lymphoma, the chemicals used in chemotherapy and their effects, treatments, autologous transfusions (using my own blood), stem cells and more.

As I talked to people, watched TV or walked down the street I thought to myself, ‘I've got cancer and you haven't’. It wasn't that I was angry at others - it was just that I felt different, a bit isolated. Not that loved ones or people were the cause.

At times it seemed the determining of what I had and the tests and surgery were much more painful and scary than the lump in my neck. But it was all part of it, as were the endless blood tests and needles for pushing or pulling chemicals, blood samples etc.

In January 2001, I started a regime of chemotherapy that involved a visit one day a month to the hospital where I received a chemical cocktail via intravenous drip for around five hours over a period of five months.

I felt okay and the anti-nausea drugs worked well for me. I was able to continue working and this provided a great distraction for me. My job at that time was in a consultative IT role across Asia Pacific and I was able to travel managing this schedule with the needs of the treatment.

Yes, I was feeling okay. After the second treatment I left to present at a conference in China and then travelled to my company regional sales conference in Bangkok. The party night had a 50s theme and my room- mate coloured his hair jet black and I did the same with the remainder of the dye. It was a fun night but I was tired and retired early and as the night was hot, a shower to cool down and wash my hair was in order. As I was washing I became aware that my hair was falling out big time. That was another low point; my doctor had told me it would happen but I had no idea of how or when. It was a real stark reminder of living with cancer. In some ways I think I was in a state of denial - ‘I'm getting treatment, I’ll be alright.’

The treatment continued for another three months until the chemotherapy program ended. Then it was time to take more tests - blood tests and CAT scans. I was optimistic, I mean I’d had the treatment, I was in good hands, we knew what we were treating...

The CAT scan showed that far from halting the growth, the reverse had occurred. The growth had increased and spread further with new tumours in my lungs and liver.
My wife and I were shattered. My specialist recommended operations to get samples from my lungs and liver to determine if they were the same or different. At this point I decided to stop working. I couldn't concentrate on anything. I was unsure of myself and feeling very low and this rubbed off on my wife. This period was the lowest point during the whole period. I'm the type of person who gathers information, decides on an action and then tries to carry it out. I had two operations in one month and the make-up of my cancer was proving elusive, which made it hard to determine the best approach and treatment.
My doctor advised another three rounds of chemotherapy treatment, each of a much stronger and longer dosage, and which would require hospitalisation over a 10 week period.
The treatments occurred and I tried to just take it day by day. I read a lot and listened to music - all to help distract my mind from the endless cycle of, 'What's next? Will it work? Will I live?'

Sleeping at night was getting hard as my mind would race through all manner of thoughts. My brain and thoughts just ran amok at times.

During and after all this treatment I tried to make sense of everything, find meaning, peace and direction but it was a real struggle. Towards the end of my stay in hospital, I watched the Tampa affair on the news and then most of the collapse of the World Trade Centre. I felt very strange at the end of the treatment. It’s hard to describe but I imagine it’s similar to people who have had a very tough period and suddenly part of it ends - but it doesn't really.

After the chemotherapy, I was put on a trial of a new drug that required a morning visit (once a week over four weeks) to the clinic where the drug was intravenously fed into my body over three hours.

After this, I had CAT & PET scans. The results were very, very good. The growths had either gone or were tremendously reduced. That was a very, very good day. My eyes are welling up just writing that sentence. Although I was ecstatic and greatly relieved, I still had an emotional restlessness that I needed to deal with.

All the staff at the hospital, from doctors and nurses to support staff, were fantastic and supportive, to a degree. It was out of their scope and time to help me deal with my ongoing emotional feelings. I thought of joining some type of support group and the social worker at the hospital gave me the Life Force Cancer Foundation phone number.

From the first call and conversation, I was confident that this group could provide the right type of support. I joined the weekly Annandale Group that was just starting up a new term. The spirit of the group was facilitated by a counsellor who provided a trusting environment to let out our feelings and talk and share our emotional experiences. And each week at the end of the session we all joined in meditation with the other facilitator, to help ease our minds after the sharing session. I looked forward to my weekly session with the others and slowly started to feel more relaxed with my cancer experience.

It has taken me more than four weeks to write this short account of my experience and it has been almost 6 years to the month since I finished my treatment. It is still not easy to re-live the experience but one of the most important decisions to help myself was to join one of the Life Force support groups. Even though it is also about 6 years ago, the help and support I received there continues today, in my life. 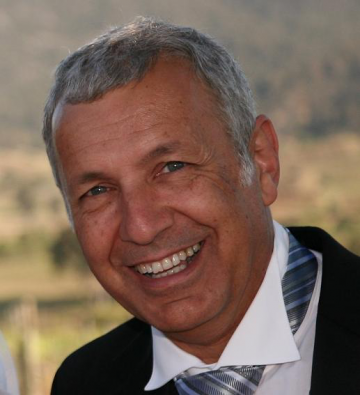