Death as an Adviser

At Life Force we do experience our mortality even when the prognosis is a good one, there are many stories of reflection. Following is a very personal and profound story.

“An immense amount of pettiness is dropped if your death makes a gesture to you, or if you catch a glimpse of it, or if you just have the feeling that your companion is there watching you."
- Don Juan in Carlos Castaneda’s Journey to Ixtlan

A friend of mine, John, died from leukaemia just over two months ago. We had met in the 1980s, and were both clinical psychologists. John, far brighter than I, was also an academic, versed in psychology, philosophy and theology. He was very committed to social justice.

John was diagnosed about two years ago after a series of unpleasant infections and puzzling looks from various doctors until the blood counts ticked over into something identifiable. Quite early into unsuccessful treatment, in discussion with his wise haematologist, John decided that a palliative approach would serve him better than an aggressive battle with the disease.

From a psychology perspective, conversations about death can be terrifying and can also be liberating. Some of us can’t hear the news, as if a buzzing sound takes over in our heads. Others struggle to regain control, with various lists or actions that help restore a toehold, in a space where the ground surely seems to be falling away. John in his way, used “death as an adviser”. With an awareness of death, he realised he had moments to live and focused on what was really of importance to him.

We had various conversations about death and about “moments to live” in these last two years. Some while John was in hospital, some too sick to say much, other times, by the sea, or in his home. I was fortunate enough to fly interstate to have our final conversation just a week before he died. He was ready, without fear, and had been living what was important to him. He died, I am told, very peacefully.

Writing in his classic series of books Carlos Castaneda quotes Don Juan, the factual or mythical American Yaqui Sharman or simply wiseman about dropping pettiness when we open to our awareness of our death, be it near or far. Many spiritual traditions invite the same perspective, as do different psychological therapies.

In his work on Acceptance and Commitment Therapy (ACT) Professor Stephen Hayes invites us to uses our awareness of death to clarify our values and, in turn, the commitments we make in our day to day living. He provides a skilful guide to living with values-based intention, flexibility in how we can put these intentions into practice in varying situations, and how we respond to habitual or unhelpful thoughts, feelings and memories that get in our way.

As a starting point, we can simply reflect, whether it has been our own diagnosis, or receiving news of an “all clear” scan, or a family member’s illness, “what really is important in how I want to live my life?”, and by extension, “what is it that might be consuming my emotions, my energy and my precious time that is not important.”.

Living with an awareness of death is especially relevant at many junctures in a cancer journey. I’ts not about fatalism, nor is it about resignation. It’s about making every moment count. It’s about choosing how to live in the present moment.


The Stories How You Can Help 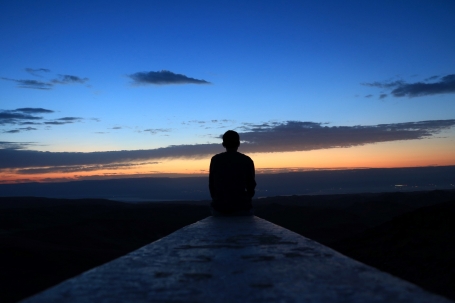