Life Force was a life saver for me when I was diagnosed with breast cancer in 2009 After undergoing a double mastectomy and commencing nearly six months of chemotherapy followed by six weeks of radiotherapy I connected with Life Force early on. I firstly attended their Edgecliff for over 3 years and have now started attending their Annandale group as the ramifications of having had cancer still impact on my life.

Going through the cancer journey can be a scary experience. One faces an uncertain future. Will I be alive in 5 years, 10 years! Life Force’s cancer support group was there for me every step of the journey even afterwards when I was trying to rebuild my life after cancer. Due to being well under superannuation access age when diagnosed, I had to face how would I support myself whilst ticking off my bucket list should my cancer recur quickly.
Being able to talk this through with others who understood was a great help. Other support group members had fresh perspectives and ideas. We were able to share our resources and knowledge. As I worked during treatment it was nice to be able to talk about the challenges involved with this. There were also other benefits to attending Life Force’s groups that I didn’t expect. I met new people and made many new local friends. Friends I still see frequently several years later. I also became involved with Life Force through distributing their brochures to spread the word which lead to being involved with organising their events and carrying out their administration.

For me, Life Force is far more than a “service provider”. It is a warm welcoming place that generates a real sense of support and community for those who attend their groups. As well as the psychosocial and emotional support gained from attending a Life Force group, attendees have also benefitted from the friendships gained.

To give back I now volunteer for Life Force in as many ways as possible including as administrator, fundraiser, photographer and help out at their events and board meetings. 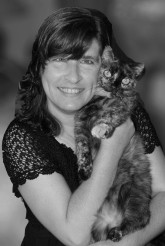