When The News Is Cancer

There is a quote from Shakespeare for almost all and any human experience. In Hamlet, Claudius expresses the dilemma about Hamlet’s madness, that others have more recently extended to cancer...

“Diseases desperate grown, by desperate appliance are relieved, Or not at all.”

As is his genius, Shakespeare uses few words, to glimpse into the “three desperations” that can come from a cancer diagnosis.

The first, the cancer itself, the thought of it growing inside us, or seen on a scan.

The third, “or not at all” the thought of death itself and the uncertainties that linger.

Writing in the New England Journal of Medicine in 1998, Dr Jane Poulson, a palliative care physician shared her experience of her own breast cancer diagnosis “I knew patients often reacted to their diagnosis with shock, horror, denial and disbelief but I was unprepared for the emotional roller-coaster ride precipitated by my (own) discussions with hospital staff after my diagnosis.”

Reading through even some of the stories on Life Force Cancer Foundation web site gives a glimpse into Shakespeare’s “desperations”, and Jane Poulson’s emotional rollercoaster....

Angel reflected, without anger but knowingly ....“I walked down the street I thought to myself, 'I've got cancer and you haven't'".

Sharon describes “having braved the surgeon’s knife and begun the awful roundabout of chemo – head-in-toilet bowl feeling dreadful for weeks...”

And the third desperation .... “I was terrified that I might die”

It has been 25 years since Life Force Support first ran its support groups. So much has changed in what is now known about the cancers that 150 000 Australians will be diagnosed with in 2020. Equally so much has been learned and changed about the treatments that can assist, making many cancers so much easier to treat.

The human experience of fear however, remains fear, and the desperations that keep us awake, at times dizzy with breath, and other times burdened with worry continue to play out. What is changing though is a sense that the “desperation of desperation”, the emotional roller coaster itself, doesn’t need to be endured alone, and now, much more so than Shakespeare’s day, can be relieved by kindly ways.

One of these kindly ways is through a support group. Lee’s story expresses it perfectly : “I found that to share another’s tears was finally to express the tears I repressed so long ago; to share another's fear was to feel the strength of a common bond, and to be touched by another's pain was to feel my own pain lessen because it no longer seemed so absolutely mine.”

Support groups are not for everyone, but many people do benefit. It might be a chance to speak out aloud, or simply to hear what others have experienced. “to feel the strength of a common bond”.


Stories How You Can Help 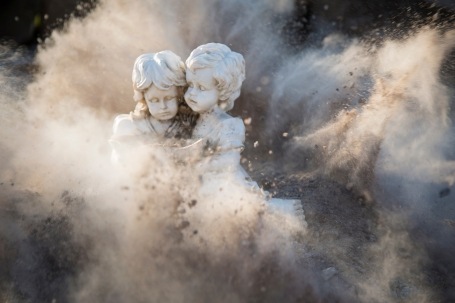